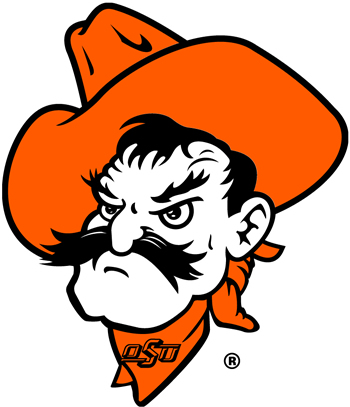 The Pesky Pokes. All they do is give up big yardages, lots of points, and numerous statistical death numbers on defense. No one ever mentions they lead the nation in takeaways. To me, that’s what the headlines should read as Oklahoma State is on the verge of becoming the number 2 ranked team in the country. Ol’ T-Boone is smiling ear to ear. All that hard work building the finest facilities in the land, by many, has landed OSU top-notch players and a top-notch program.

OSU started out the year as a sleeper to win the Big XII, or is it the Big X, or the…whatever. You get my point. Now, they are the favorite to play for all the marbles in “Nawlins” in the BCS National Championship game. Far fetched? Not really. Sure, there are the so-called “trap games” on the schedule, but so far, not a breath of worry from Cowboy fans across the Great State of Oklahoma. The biggest test I thought would be at Missouri. Let’s go back to my first point. Takeaways won that game. Fumbles, costly interceptions, and inexperience from the Tigers made sure the trip back to Stillwater was a comfortable one as OSU rolled. There are a couple of more games on the schedule that would worry me ever so slightly. A let down this week to a pretty good Kansas State team, who got exposed mightily last week by OSU’s rival, Oklahoma would be my first. The next is a trip to Lubbock, which is never a fun place to play, especially at night. I still think OSU has all the goods to win big in both games, and I expect them to win by 14+ in both of those games. Let’s face facts for a moment. This isn’t the mid-2000’s OSU Cowboys. This is a team that’s on a mission. This is a team that isn’t going to let down. This is a team that’s ready. This is a team that’s tired of hearing about Oklahoma and Texas’ dominance in the Big XII. OSU is fired up and ready to roll.

Senior Quarterback Brandon Weeden has been the biggest influence on this team. He’s rallied this team, and more specifically, the offense, when Dana Holgorsen left to go coach West-by God-Virginia. He believed in what Todd Monken brought in. This offense is explosive. To me, more explosive than last year because so many players have stepped up outside Weeden and incumbent Biletnikoff Award winner, Justin Blackmon. The focus is still heavily on Blackmon, but because of that, many more players see the ball, like Michael Harrison, Josh Cooper and Hubert Anyiam, who is done for the year unfortunately after suffering a broken foot at Missouri.

On defense, look no further than safety Markelle Martin, the catalyst of the Nation’s top takeaway team. Martin is a beast and could probably start anywhere in the country. He’s big, fast and smart. Rarely do you see him take a bad angle or a play off. Shaun Lewis is the best linebacker on the team. Lewis is a ferocious hitter, aggressive to the ball, and not afraid to take a chance when the ball is in the air. Up front, Jamie Blatnick is the leader of the beasts. He’s always in on the tackle. He runs 100 miles per hour to the ball and may very well be the most underrated DE in the country, let alone, the Big XII.

We’ll blog more on the Pokes, but for now, I expect the Bedlam game to have more emphasis than any in the past, especially for OSU. Everyone remember 2002? OU title hopes rest on the Bedlam game. Eerily similarities this year as OU tries to play spoiler! I’m getting a little ahead of myself, but I feel OSU has a clear shot past the Crimson and Cream.