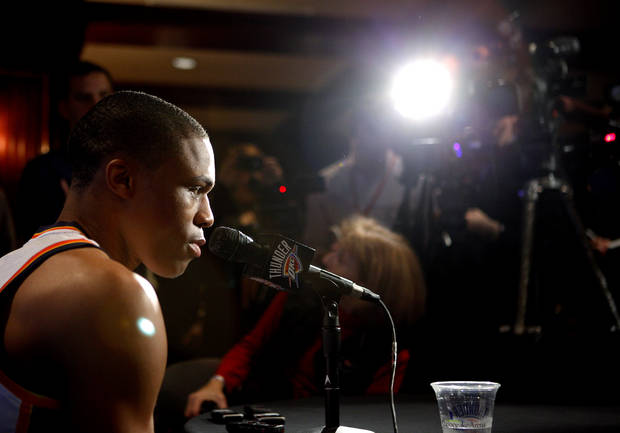 The league owned New Orleans Hornets have finally traded All-Star Chris Paul to the Clippers to join Blake Griffin. The Clippers, Lakers, Dallas, have all made moves to improve their roster. What should OKC do to respond?

OKC can respond in two ways.

END_OF_DOCUMENT_TOKEN_TO_BE_REPLACED

The first is quite simple, get Westbrook to sign his extension before the trading deadline. Most fans will be quite happy with having one of the best emerging point guards in the game. He’s young, quick, still learning the position, and has gotten better every year he’s been in the league. Westbrook is just beginning to scratch the surface on his potential. GM Sam Presti and the rest of the staff need some time to look over the new CBA and get everything squared away. That’s fine. Westbrook seems to want to stay in OKC, even after his contract ends, and there are not many teams he could go to via free agency, make max dollars, and still compete for championships.

The other way the Thunder can respond is to trade him. With CP3 off the trading block, the only real option is New Jersey’s Deron Williams. Williams has indicated that he will not sign an extension unless the team can become more competitive. The only real way that happens is if the Nets can get Dwight Howard, who is off the trading block… for now. If New Jersey fails to get him, the Nets and Thunder could exchange point guards (plus a player(s)/draft picks). The Nets win by having a new fresh face of the franchise to go with the rest of their young talent and OKC wins by having arguably the best point guard in the game. If you’re Williams, you get to play with the two-time scoring champ in K.D., great atmosphere in Loud City, and a chance to start winning now. New Jersey does not offer any of those things nor could any other city offer him a chance to play on a contender NOW.

The team is still quite young and growing. I believe they will eventually get to championship contender status soon, possibly this season or next. The Lakers, Dallas, San Antonio, are getting old, and fast. Their window of opportunity is closing rather quickly. The Western Conference will soon be controlled by young teams like the Thunder, Clippers, and don’t sleep on Memphis or the Timberwolves either. 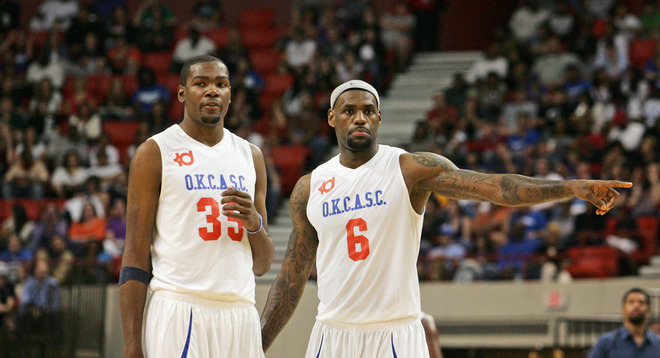 After months of talks, charity games, the NBA Lockout is pretty much over! Let’s talk Thunder basketball and some of the key things they need to do for upcoming season.

END_OF_DOCUMENT_TOKEN_TO_BE_REPLACED

Signing Westbrook to an extension has to be the number 1 priority for the Thunder. The NBA has quickly become a point guard driven league and Westbrook has the speed, range, and skill set to go up against the other elite point guards such as Rose, Paul, and Williams. If the Thunder fail to get extension from the All-Star or receive indications that he wants to stay in OKC past this year, they should consider trading him in order to get value for him. Making an aggressive sales pitch for Chris Paul would be a nice option.

The mid-season trade by the Thunder last year to add size to the front court gave the team a little bit of an attitude in the middle, which it needed, but also yielded mixed results. Ultimately, foul trouble and his presence in the middle, both offensively and defensively, fell short of people’s expectations. I think it was a combination of joining a new team mid-season and recovering from injuries that mainly affected his play. This year, however, he won’t have those excuses. He’s not expected to score 30 a night like Durant, but GM Sam Presti would not have signed him to an extension if he felt Perkins could not contribute to the team long term.

The Thunder will need to add some bench scoring if Harden becomes a starter. Resigning Daequan Cook could definitely provide a spark off the bench, as could the addition of Shane Battier or Tyson Chandler. Former KU product Cole Aldrich could definitely see more playing time this year provide solid depth and be an un-expected role guy that could come in and be like Denver’s Chris “Birdman” Anderson.

The Thunder will play the Mavericks twice in the preseason. The first game at 6:30 p.m. Dec. 18 at American Airlines Center in Dallas and the other game at 7 p.m. Dec. 20 at Oklahoma City.

Hopefully OKC can get a Christmas day game versus Memphis to start the season.