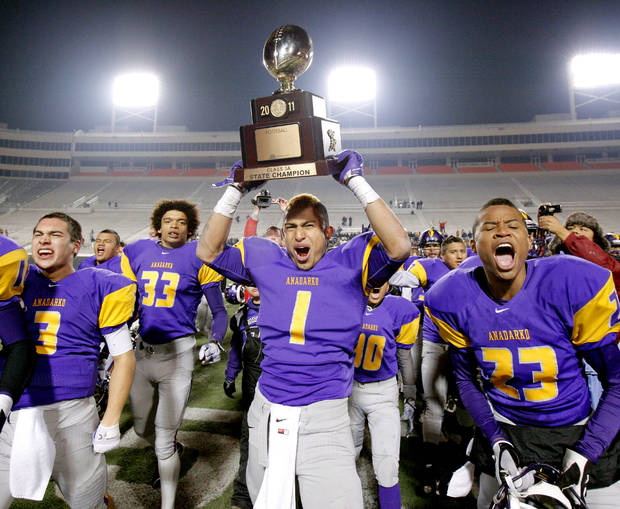 The Oklahoma Football Playoffs are over. TCS would like to update you on the Champions and Runners Up. Also, we have declared an Oklahoma MVP from the Regular Season and Playoffs.

We would like to congratulate all the qualifiers in the 2011 football playoffs. There can only be one champion, and for that, we salute all those with gold balls now in the trophy cases of the schools who won state!

Once again, a big congratulations to all the players. We enjoyed following football in 2011 and can't wait until 2012!