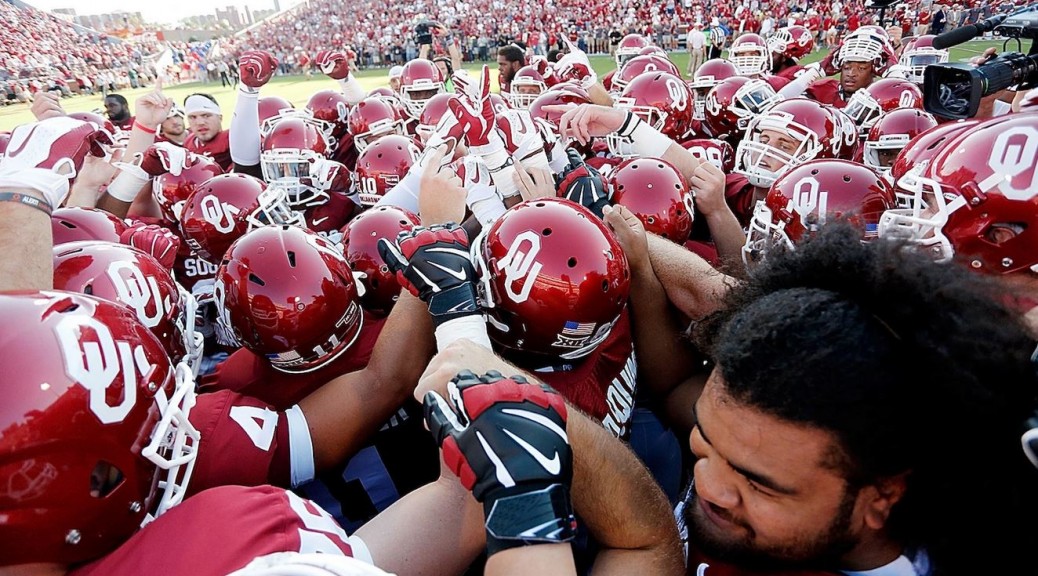 When the AP preseason poll was released and the Sooners landed in the #4 spot, it was inevitable that there would be high expectations in Norman. I suppose we should have seen this coming following the Sugar Bowl victory over the vaunted Crimson Tide, but are the expectations warranted?

Don’t forget that the Sooners were fairly substantial underdogs in their final two games of the 2013 season. No one expected them to defeat OSU in the final game of the regular season and if you tried to argue that the Sooners would hang with Alabama in the Sugar Bowl then you were ridiculed as being a delusional homer.

The Sooners prevailed and ended the season in dramatic fashion defeating Alabama handily. The expectations in Norman went from zero to sixty in no time flat. Remember the last time the Sooners were highly touted in the preseason polls? Let me jog your memory back to 2011 that began with a #1 overall preseason ranking and ended with a trip to the Insight Bowl.

No question that the emergence of Trevor Knight in the Sugar Bowl has garnered the Sooners the majority of their hype. He torched the Crimson Tide through land and air creating an excitement in Sooner nation for the 2014 season. Questions of Knight’s ability to sustain this type of production were on the minds of every Sooner fan.

So what are we to make of these renewed expectations in Norman? Are they justified or are we looking at another year of disappointment? Through two games against lower-tier opposition, it’s hard to tell.

The defense has looked superb, but we expected that against Louisiana Tech and Tulsa. The offense was generic and Knight wasn’t asked to do much, but they were still able to put up gaudy numbers.

The emergence of a new backfield trio featuring Ross, Ford, and Perine was a definite bright spot. After the preseason incident that got highly touted recruit Joe Mixon suspended for the year, many fans were curious how the Sooner backfield would shake out. Turns out they are in very capable hands.

With the addition of the new four-team college playoff system being implemented this year, the Sooners are being pegged by nearly every analyst in the land to end up among those final four. Will they finally realize these expectations and run the table through a very winnable Big 12? The first step begins this Saturday against SEC foe Tennessee.