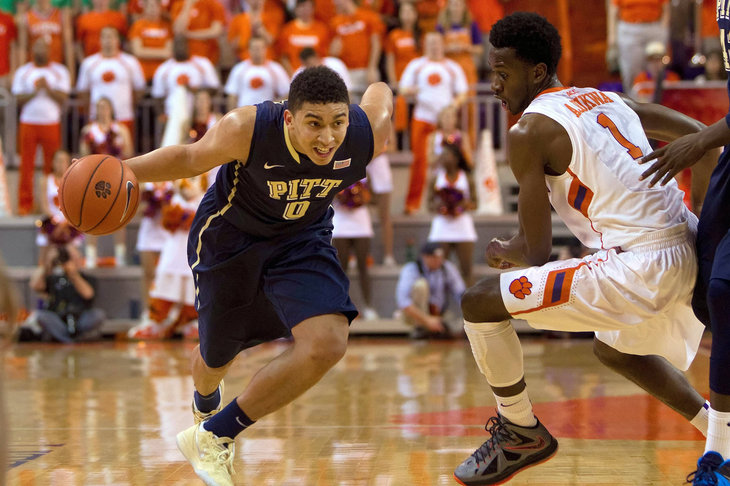 This year, just like every other year, you set out to “play it safe” with your bracket, but my guess is you probably just couldn’t help yourself. The thought of saying “I told you so” was just too sweet for you. So here we are, day one’s in the books. How are you feeling about your bracket now? Did you have Dayton and Harvard winning? I did. But I also had Oklahoma in the Elite Eight. Whoops.

So whether you’re perfect through day one or you’re ready to throw in the towel we all can’t help but keep our eyes on the Madness that is the NCAA Tournament. Let’s take a look at the highs and lows of day one and see if we can’t peer into the crystal ball for some bold predictions.

Highs or Lows (Depending on your perspective)
HARVARD! Who would have guessed that for the second consecutive year Harvard has a tournament win. The only Ivy league school who can say that. They didn’t just win, but they won in very convincing fashion. Then again, in 27 out of the last 30 years at least one 12 seed has beat a 5 seed.

Speaking of 12 seeds upsetting 5 seeds. For the first time since Blake Griffin, I actually believed in Oklahoma coming into the NCAA Tournament. With Lon Kruger at the helm, I was convinced that this year we'd make a dent in the tournament. But when you shoot 35% from the field and commit double digit turnovers like the Sooners did, there are not many teams that could come back from that. Despite Cameron Clarks' 25 point performance, North Dakota State just proved to be too much for the Sooners as they fell victim to the 5-12 curse in overtime. You hear that? I believe that's the sound of my bracket going down the toilet.

Ohio State has reached the Sweet 16 the last four years in a row, but in another big upset, Dayton decided to spoil the Buckeyes dreams of another Sweet 16. Squeaking out a last second victory over Ohio State, Dayton advances to face Syracuse. Can they ride the lightning past the Orange men? In the words of my favorite TV Uncle, Si, “Nah”. But then again, who doesn’t love a good ole Cinderella story? Except for Ohio State fans right now.

Michigan State looked healthy as they cruised past the fighting Blue Hens of Delaware. But with a mascot like "Blue Hens" one might even wonder how they got into the tournament. From Blue Hens to Ducks, Oregon made a statement with beating BYU by 19! Michigan also looked good, trouncing Wofford by 17. Three teams that are looking very good for the round of 32.

Last year, as a 4 seed, Saint Louis lost in the second round. This year, as a 5 seed, they tried to lose again in the first. NC State was up by 14 points with nearly eight minutes left. FOURTEEN! But Saint Louis found a way to take it into overtime where they sealed the victory.

Staying with the overtime theme, UCONN went down to the wire with St. Joe’s in a thriller that had me on the edge of my seat (seeing as though I have UCONN in my Final Four). But they escaped the upset and kept my tournament hopes alive with a 82-77 victory over St. Joe’s.

BOLD Prediction
Pittsburgh looked very impressive against Colorado winning by nearly 30 points. Their margin of victory alone would have made it a game had they been playing American who only put up 35 points against Wisconsin. But unfortunately the Pittsburgh Panthers will fall to the Florida Gators next round, right? Wrong! BOLD prediction of the day: Pittsburgh will take down the #1 overall seed Florida Gators. Call me crazy, I may be. The NCAA tournament is all about momentum and I can guarantee, with that heavy victory, Pittsburgh is riding as high as anyone right now. Couple that momentum with a seriously talented team and you've got a recipe for upset. But, you probably think I'm crazy and that's what makes it a BOLD prediction.

Plenty of basketball left to play and plenty of upsets to be had. Hold on tight. If there's anything that we can be sure of, it's that the NCAA Tournament is going to be a wild ride this year.