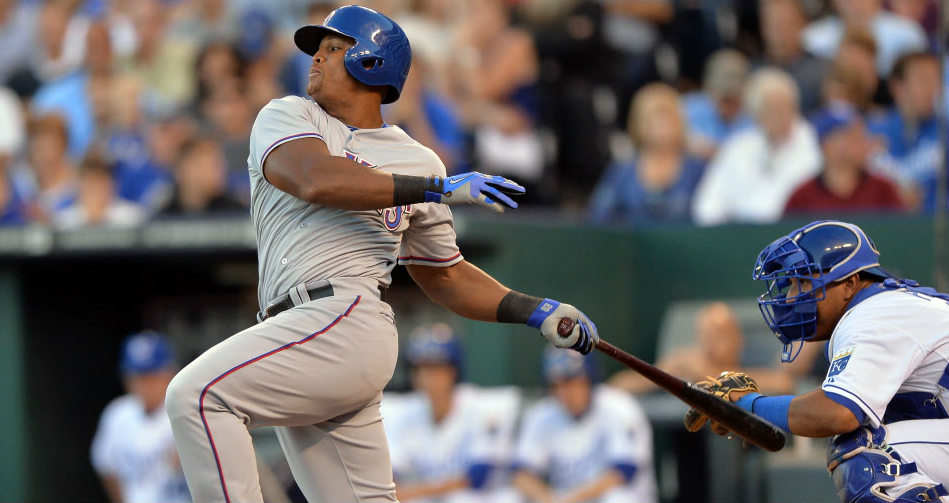 "Gene Tenace at the plate… WHHHAMMY!!!"

Ahhhh, the smell of freshly cut grass, the crack of the bat echoing through parks and the timeless quotes of Champ Kind from Anchorman means one thing: Baseball's back.

Opening Day for Major League Baseball has come and gone and with it came the renewed hope of many baseball fans. With MLB's long and grueling schedule, opening day ushers in a feeling among many baseball fans of, "maybe this is our year!" before getting crushed somewhere in the dog days of July.

Each season has its own story lines, plot twists and surprises. This season is no exception for the Rangers and the American League West. How will the Rangers stack up against the competition? Can they earn a playoff berth after missing the playoffs for the first time in four years? Will they beat out the A's this year?

Maybe you're not a Texas Rangers fan, but you can't deny the fact that the AL West this year will be one of the most compelling story lines to watch. The Rangers, Oakland A's and L.A. Angel's all have a legitimate shot at a Wild Card spot, if not divisional crown. Sorry Mariners fans, but you're going to need more than Robinson Cano to give you a real chance. Maybe you could sign Russell Wilso… oh wait, the Rangers already did. Sorry.

FiveThirtyEight.com, an analytics site, has the Rangers with the best chance to win their division, but not by much. They project the Rangers to win 87.2 games, the A's 86.9 and the Angels 84.9. As you can see, the margin between these teams is razor thin.

And Houston? Doc Holliday said it best, "Why [Astros]… I forgot you was there. You may go now." I think that about sums it up.

This year the Rangers come into the season with quite a few new faces, some lingering injuries, pitching questions and the burden of proof that trading Ian Kinsler was the right move. With such a tough division, Ron Washington has his hands full this year.

The addition of Prince Fielder's big bat will no doubt help with the Rangers' offense, but there are still major questions in the pitching rotation. With a number of potential starters rehabbing injuries, Texas is left with a starting line up of pitchers no one could have projected. The best we can hope for is that they hold on, don't get smashed (allowing 14 runs in the home opener, for example) until we can get everyone healthy.

The injury bug has effected the Rangers in years past and we're seeing it already this year. Not only do we need our pitchers to get healthy, young star Jurickson Profar is out for another 10 to 12 weeks with a torn muscle in his shoulder. Profar is the reason we let Ian Kinsler walk and now he's hurt. We can only hope that the Rangers are able to get these players healthy and back in the line-up if they are to have any chance at keeping up with the Angels or the A's. But maybe if we can get the injuries out of the way early, we'll be healthy for a October run? One can only hope.

My projection: this year is going to be a race to 90 wins. Whoever can get there first will take the division. GO RANGERS!