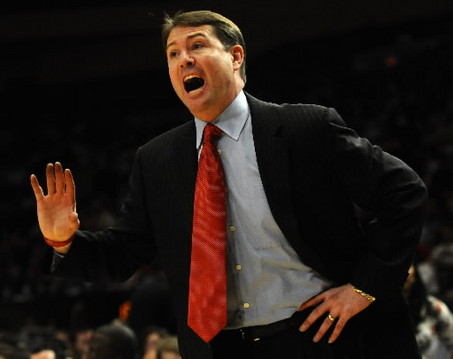 That magic. That excitement. That aura of loudness Gallagher Iba Arena echoed some 8 years ago seemed to re-enter the building last week. The Oklahoma State Cowboys stunned the number 2 ranked Missouri Tigers last Wednesday night to begin to state their case as a "bubble team". What a night for freshman LeBryan Nash. He scored 27 points and clearly felt comfortable in the spotlight. Students rushed the floor, the building was buzzing late in the second half and you could ALMOST hear the echoes of the early 2000's Cowboys.

Three days later, the Pokes traveled to College Station to take on the Texas A&M Aggies. This was a game the Cowboys certainly needed. I won't call today's a loss a season ender, but it really had to kill what momentum Oklahoma State had going. The Aggies aren't bad, but they aren't that good, either. They have a couple of good players and a really enthusiastic fan base. Other than that, they are mediocre in the Big 12. The Cowboys needed this. The players knew it. The coaches knew it. The fans knew it. They just didn't have it all together today. After starting 9-15 from the floor, the wheels fell off and the Pokes couldn't get it back on track. They do have one good thing to take from this game…the have winless Texas Tech next. Should be an easy win.

The loss today drops the Cowboys to 10-11 on the season with a 3-5 conference mark. The team doesn't have that easy of a road in the near future. After Tech, the Pokes have Baylor, Iowa State, Kansas, Missouri, and Texas in their next 5 games. Their 6th will be Bedlam in Norman. The Pokes must turn things around QUICK. Personally, I think Travis Ford should be on the hot seat. Way too much talent and tradition to not have more success than this. However, it was brought to my attention by an avid Pokes fan a couple of days ago that Ford's buyout is crazy and most likely won't be broken.

Time will tell, but I think OSU basketball is staring the NIT right in the face.