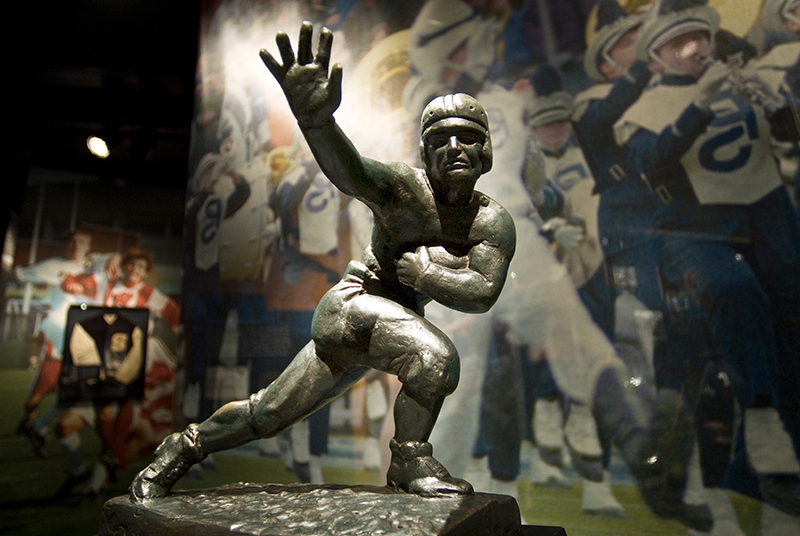 As the season has progressed from the Cowboys, one thing has remained eerily quiet. Has Brandon Weeden established himself as the front runner for the coveted Heisman Trophy? I for one think it's really not even up for discussion. With the success he's lead his team to this season, and the near flawless statistics, one would think this would be a landslide. Will the voters give it to a 28 year old, ex-Yankees pitcher? I don't see why not. His numbers are crazy compared to about everyone in the country, except maybe Case Keenum, who I think is a comparison to Graham Harrell or Colt Brennan, a product of the system. Weeden hands the ball off and watches his plethora of backs score seemingly as much as he connects with Blackmon, whereas the previously mentioned QB's are a throwing system altogether.

You can make a case that Luck and the Stanford Cardinal have a run first offense, however, the stats speak for themselves. Luck has suffered a loss, Weeden hasn't. Bottom line. The stats are really similar, but Luck's interceptions strike me faster than Weeden's for the simple fact that Weeden has put the ball in the air nearly 100 times more this season. Two more picks in 100 pass attempts. That's pretty good odds that Luck will throw at least 4 more in the next 100 he throws.

In this day and age, stats have taken a back seat to wins and losses for the Heisman winner. Oklahoma State is 10-0. Stanford is 9-1. That stat alone, in years past has led to the winner. If I had a vote today, I'd vote: 1) Weeden 2) Luck 3) L.James (Oregon)

Rejoice would be in the air for another Heisman winner to walk the campus of Oklahoma State, but I'd be willing to bet they'd trade all this in for a hand on the crystal ball in January. Only time will tell and only one real game left until "Orange Power" travels south to play for it all.