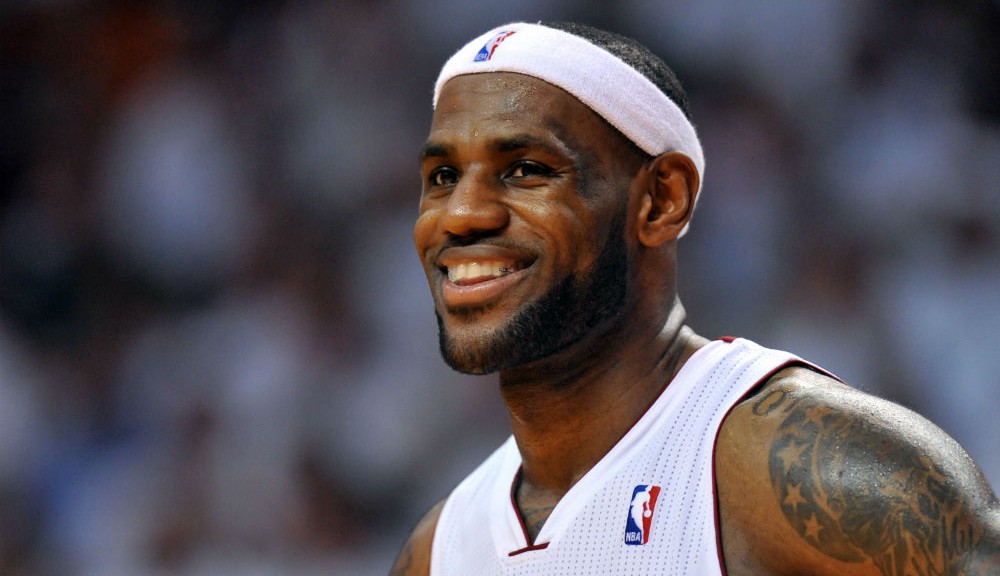 In this day-and-age with the 24-hour, social media crazed, media cycle, I know that LeBron's "decision" is already old news. And I'm certain you've already read dozens of articles on it by now. Chances are you may even be sick of hearing about it. But my guess is you're likely not reading The Crimson Slate for breaking news. My job isn't to break the news, but comment on it. So with that in mind, I'll offer up my thoughts on The Decision 2.0, and try to go a little deeper with what the Cavs need to do next.

King James comes home and Skylar Grey cashes in on the licensing rights to her "Coming Home" song. Going into the NBA offseason I knew that it was possible that LeBron could opt-out of his contract and sign somewhere else. And I knew that the Cavs had been basically structuring their entire organization with the hopes of landing 'Bron in this years off-season. But I never really thought it would happen.

After all, LeBron had been to four straight finals with the Heat, winning two of those four! How could you look at that type of success and objectively think, "Nah, that's not enough." And then there was the extremely messy break-up between King James and Cleveland. How could he ever go back to a city that seemingly hated him? Especially with an owner who would so publicly express his disdain for LeBron leaving the Cavs. What in the world would make someone want to go back to a city that burned his jersey??

But can it really work? Can LeBron truly bring glory to his home town franchise? Can he turn Cleveland into a championship town? Can he take a franchise that has been laughable before and after him? Will he be able to erase the painful memories of him leaving?

Probably. There's a book that says that "love covers a multitude of sins." Well, in sports, winning does as well. If LeBron wins and can bring a championship to Cleveland he will be nothing short of a hero. Forever enshrined in Cleveland glory. He would essentially go from a mercenary villain that he was portrayed as in Miami, to a home town hero. This is now what LeBron is chasing. Sure he's still after being the greatest of all time. Yes he wants to surpass MJ. But instead of doing that simply through winning championships, he now attempts it by taking a franchise out of the ashes and making them into champions.

But for him to do this, he likely will need a little bit more help than what he has right now in Cleveland. If D-Wade and Chris Bosh aren't a good enough supporting cast to win it all, I can't imagine Kyrie and an unproven Wiggins will be. Could Andrew Wiggins turn into a stud in a few years? Sure! Especially if he's playing beside LeBron. But the question is if LeBron is ok with not making the finals for the next two years? I know he said he's willing to be patient in his letter on SI.com, but if there's an opportunity to win now, don't you think he'd want to jump on it? I sure do. And that opportunity is Love. Not the emotion, or feeling or verb love. But Kevin Love.

Look, I know this angle is nothing new. I'm not claiming to be some ESPN NBA analyst citing some "source" I have, but rather simply as a fan. Observing what could be possible and what would be awesome to watch. Kevin Love would pair up perfectly with LeBron. Let's face it, Kyrie is a younger, better D-Wade and Love is a younger, better and more all-around player than Bosh has ever been. With as much success as LeBron had in Miami with this formula, why wouldn't he try and replicate it with better pieces? He'd be crazy not to! LeBron, Kyrie and Love. I wouldn't even want my Spurs to face that in the finals. No way!

Reportedly, though, the one thing that is holding up this trade from getting done is the Cavaliers number one pick, Andrew Wiggins. The Timberwolves want him and the Cavs don't want to let him go. So you mean to tell me that if you're Dan Gilbert (the owner of the Cavs) that you aren't going to trade a rookie for a guy who averaged 27 points and 12 rebounds last season? WHAT?! Are you on crack?!!! Kevin Love is a double-double machine! And Andrew Wiggins has proven nothing! Does he have unlimited potential? Maybe. But are you willing to gamble on someone's potential over another's proven production? Not me, homie. I'm going to take that production all day every day.

Whatever happens from here on out in Cleveland is up to fate to decide. What we do know is that LeBron's finally doing things the right way again. Will he succeed? Will he be able to bring Cleveland a championship? Who knows. One thing is for sure though, it's going to be fun to watch.