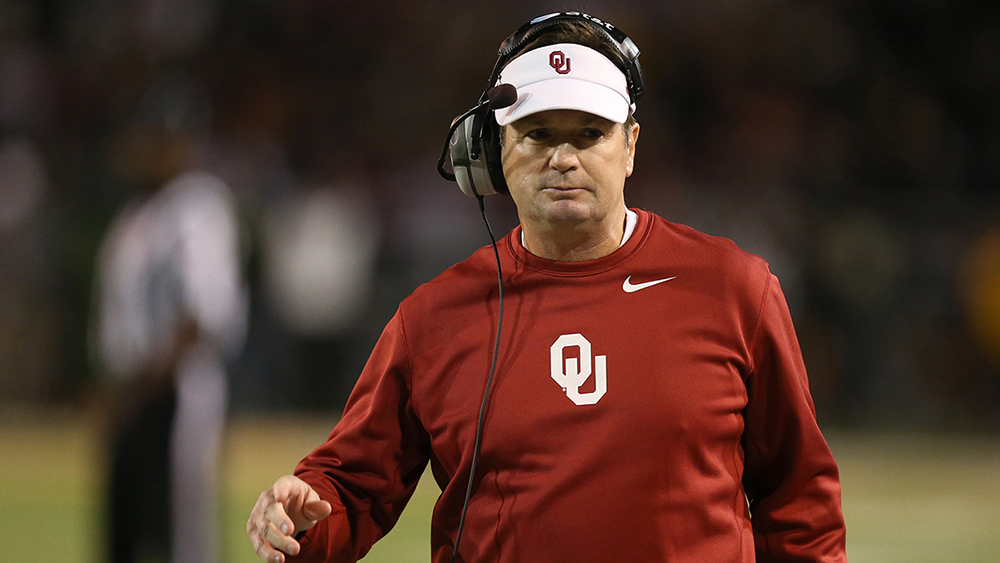 It happens every time. The college football season gets underway and…Oklahoma loses a football game? You better believe there's someone out there calling for Bob Stoops' head. Every. Single. Time. No loss goes unaccounted for. If Stoops loses a game, heads must roll, right? Let's dig in.

So, just to get it out of the way up front, I am not amongst those who repeatedly call for Bob's head every time the Sooners fail to go undefeated. But I hear the noise and this won't be there first time I've gone to bat for Big Game Bob and likely won't be the last.

In fact, I penned an article a couple of years ago about this very same topic asking if Stoops had spoiled Sooner fans. The crux of the argument was that Stoops had put together one of the most successful runs of all programs in college football since taking over in Norman in 1999. Better than Alabama, better than Florida, better than LSU. Yet, it seemed, no one was ever calling for the heads of Saban, Myer, or Miles. Why was that? Had this fan base become so spoiled that anything less than perfection was simply unacceptable?

Now is the part where you begin to piece together the criteria for which you place the value on head coaches. Is it simply wins vs losses? Defeating your rivals? Conference titles? Bowl wins? National championships? The simple fact is that everyone has their own criteria to judge from. Everyone has their own biases and thoughts on "the way it should be."

If you came here looking for pure stats, take a quick look at my previous article. It is a couple years old, but most of the stats hold up relatively the same. Whatever criteria you base your opinions on, Bob has succeeded in nearly every one of them. 10-win seasons? Automatic check. Dominating rivals? Check check. Conference titles? Check. Bowl wins? National championships? This is where people start to get fickle.

Stoops is the only coach that won every single BCS bowl game during the BCS era. The only one. Did he lose his fair share? Sure, but he had the Sooners playing in a big time bowl game or national championship more years than not. That's what people fail to appreciate. Bob has always kept the Sooners relevant and right in the thick of the national title picture. They are almost always playing in a big time bowl, if not the biggest. Getting hung up on wins and losses in those bowl games is short sided. Would you rather be playing in the biggest possible bowl against the best possible opponent or would you rather play in the toilet bowl against a guaranteed victory opponent? Give me the big time game. Win or lose, I want to be playing on the biggest stage against the best in the country.

Has it really been that long that people have already forgotten the improbable beatdown the Sooners put on Alabama in the Sugar Bowl last year? Let me remind you, Oklahoma was a FIFTEEN POINT underdog heading into that game. One. Five. As in more than a two touchdown dog. That is no small margin in football and next to no one (ahem) gave the Sooners a prayer. The Sooners flipped the script and won handily, 45-31. Sooner nation was electric. This was the Sooner Magic we had been missing. This was Big Game Bob's return to the limelight to slay the mighty SEC powerhouse.

And then the 2014 season rolled around and the Sooner hype train was in full throttle. A #4 preseason ranking had Sooner nation salivating over the potential of entering the first ever college football playoffs. Two mid-season losses later and that is but a fairly tale. Just like clockwork, out come the Stoops haters. "Bob's lost his fire," "Stoops has become complacent," "What has Bob done outside of the Sugar Bowl?" they say. Money in the bank, out they come.

Let me paint you a picture. Outside of winning the national championship last year, would you agree that defeating the mighty Crimson Tide against all odds in a BCS bowl game was the next best thing? How is it then that a silver medal does not earn Bob enough goodwill for even half of the next season?

"They've lost TWO games already! The season is over! It's a complete failure!" they shout. Those two losses have come by a combined five points. If one of the best field goal kickers in the nation converts on any of of the three missed kicks, are we even having this discussion right now? Want to know just how improbable it was for Michael Hunnicutt to not convert on what amounted to two separate attempts at extra point range? Let's just say that it's been proven that extra points are converted at a rate higher than 98% of the time. That's pretty high odds on converting both kicks inside the 20 yard range. But to fail on converting either of them in the same game? I'm not very good at math, but I know enough to know that those odds are astronomical. Add on the fact that Hunnicutt is one of the most accurate kickers in all of college football? Go ahead and pile some extra percentile points on to whatever insane odds it already was.

My point in all of this is, let's open our eyes and be realistic. Every loss is not Bob's fault and it's simply unfair to dig into that same box every time the Sooners don't live up to the unrealistic expectations. Does that make me a bad fan for refusing to lose my mind every time Oklahoma comes up short? Well, that's for you to decide. I want the Sooners to win just as much as anyone, but I also realize that it's unrealistic to expect perfection every single year and if you do then you're only setting yourself up for disappointment.

Bob Stoops is not the problem, quite the opposite. Bob Stoops is the best coach in all of the land and has my complete and full trust. Yeah, I said it. Not another coach I'd rather have. Boomer Sooner.