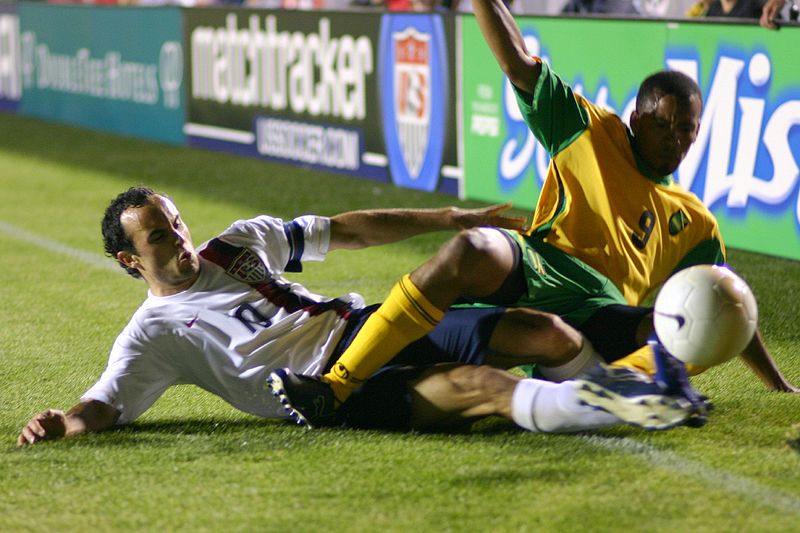 It has been a long road for the United States Men's National Soccer Team. For years struggling to find their place in international soccer play amongst the juggernauts across the globe. Only recently has "futbol" began to catch on in the US and make strides in popularity. This year's squad is even featured in a compelling six-part 30 for 30 series on ESPN leading up to the 2014 World Cup in Brazil. Casual fan interest US soccer is at an all-time high and the upcoming World Cup was set to capture the attention of the nation.

Then head coach Jürgen Klinsmann announced his final 23-man roster on Thursday afternoon, notably leaving off the most decorated US player in the history of the program, Landon Donovan.

We are not talking about a mid-tier American who has toiled away on the international stage for years and is simply past his prime. We are talking about one of the most accomplished international players in the world. We are talking about a man who is only 32 years old. While slightly older than the preferred age of an elite player, it is far from ancient. Team captain Clint Dempsey is a mere one year younger at 31. Goalie Tim Howard is 34. Midfielder Kyle Beckerman is making his US World Cup debut at…32. Don't tell me that Donovan is too old to contribute to this team, it simply isn't true.

Klinsmann is obviously not being very transparent about his decision making. This move is quite obviously based on two clear factors.

The first factor is that Klinsmann has held a grudge against Donovan ever since Landon decided to take a brief hiatus from soccer in 2013 after being burned out and briefly contemplated retirement. Klinsmann expressed his displeasure and even singled out Donovan when stating that every player would have to earn their spot on the team and no free passes would be given based on prior performances. Donovan paid the price when he ultimately decided to return four months later and make a final push at one more World Cup run.

Klinsmann left Donovan off the World Cup qualifying roster last June and instead relegated Donovan to the Gold Cup tournament squad. After dominating the Gold Cup, it was assumed that Donovan's spot back on the international team was secure and that his veteran leadership would be relied on heavily for the 2014 World Cup.

While most took Klinsmann's comments as simply trying to motivate Donovan and he wasn't seriously considering leaving Donovan off the final roster, Klinsmann opted instead to string Donovan along for the next year. Klinsmann went so far as to bring him along in the final group of 30 before informing Donovan at the last minute that he was not good enough to make the final cut to 23. There were never had any intentions of bringing Donovan to Brazil. Despite clearly making up his mind a year ago, Klinsmann forced Donovan to apologize and work his tail off to try and prove himself. Donovan took it all in stride, worked hard and performed when called upon. Klinsmann got the last laugh when announcing the final roster and even Jurgen's son, Jonathan, had a good laugh on Twitter at the news of his father cutting Donovan.

The second obvious motivation for Klinsmann is that he recognizes his chances in the Group of Death are slim and with his recent contract extension guaranteeing he will be around for the next World Cup, Klinsmann simply decided to forgo any real attempt at winning now and plan for the future.

While Donovan is left off the roster, 18 year old German-American Julian Green gets a roster spot after a single international appearance with the US team in which he looked more overwhelmed than the next break-out star. Klinsmann had been recruiting Green for months and when Green recently agreed to join the US team, Klinsmann joyfully made room for the youngster on the squad while squeezing out one of the best players this country has ever seen.

Julian Green may eventually blossom into one of the best soccer players in the world, but there is no arguing who would've had a greater influence for the USMNT at the 2014 World Cup when comparing Green and Donovan. Klinsmann is simply looking to get Green some experience in hopes of having a better chance in 2018. This is a shame and should not sit well with the American fan-base. Klinsmann was brought in to win now, not in four years. Granting him a contract extension before the World Cup ever began sealed Donovan's fate and allowed Klinsmann's personal grudges to get in the way of the betterment of the team as a whole.

There is no reasonable argument that can be made to defend Klinsmann's action pertaining to this year's World Cup games. Donovan would have been one of the top two or three best players on the team, yet he's been relegated to his couch because of the ego of a coach who has had his fair share of controversy bouncing around the German circuit before landing on US soil.

It is a shame that Landon Donovan will be kept out of a US record breaking fourth World Cup appearance. His accomplishments are not lost on those who have followed his career and truly know what he means to the USMNT. Here's to Donovan, an international career cut too short, but one that will live on and never be forgotten. There will be no stoppage-time World Cup saving goals from Donovan in 2014, but there will be a missing link in the group's core. I can only hope the rest of the squad is able to continue focusing on the task at hand despite this epic PR distraction their coach has caused a month before kickoff.

I hope Klinsmann knows what he's doing, but I fear he's caught up in his own head.