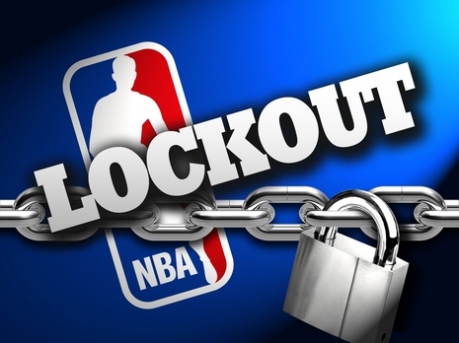 In case you hadn't noticed, the NBA has locked out it's players.  Is there hope for an eventual deal and salvaging of this season?  In short, no.  Why?  Because the players are greedy.  What's that?  It's the owners fault you say?  Yes, the owners are greedy too and it's also their fault.  It's everyone's fault and no one is stepping up to try and clean up the mess.

The owners are to blame for getting themselves into this situation by overpaying players for years and years and agreeing to a ridiculous collective bargaining agreement the last time around.  So it would only make sense to make things right this time around, right?  Well, yes and no.  Sure they need to clean up a few areas, but they have already given so much in the past that they have now backed themselves into a corner where the players expect to get silly money and now you want them to agree to much, much less?  I don't care if it makes more sense.  These are professional athletes we are talking about here.  When backed into a corner they know only one thing: fight back.

The players are to blame because they were offered, most likely, the best deal they were going to get, but since they felt pressured and cornered, they took it personally and let their emotions take over instead of thinking clearly.  When they responded with a definitive "No" without any counter offer it was clear the players had no intent on meeting on any sort of middle ground.  They were prepared to take financial losses that will be impossible to ever fully recoup simply out of pride.  They say it's about looking out for the players long term and those coming into the league in the next few years.  I say it's about a bunch of bloated ego's and the few speaking for the many.

So, what does all of this mean for the Thunder?  Well, for starters, it more or less ruins any sort of momentum this young team may of had going into the 2011 – 2012 season.  These are valuable games the Thunder are missing out on and being a young team that is still trying to perfect their chemistry, especially with the addition of Perkins last season, is not doing them any favors.  And we're not talking about just missing games.  They aren't even allowed in the team facilities.  That means no practice time, no scrimmages, no shoot-arounds, nothing.  Sure Kevin Durant has made a point to take his talents across the country in various charity events and outdoor leagues, but what are the rest of the guys doing?  Is Thabo out in his backyard working on his jumpshot? Is Perk working on his free throws?  Is Westbrook working on passing the ball?  Sure, they might be, but don't count me as an optimist.

In short, the Thunder need this lockout to end as badly as anyone.  They are in a fragile state and on the brink of something great.  Now is not the time to be putting a fork in the road and possibly messing it all up.  I don't care how it gets done, but I just want to see some basketball this year.  Owners, players, and all others involved: put your pride and greed to the side for one minute and make a deal.  The NFL found a way.  The MLB found a way.  NBA: find a way.