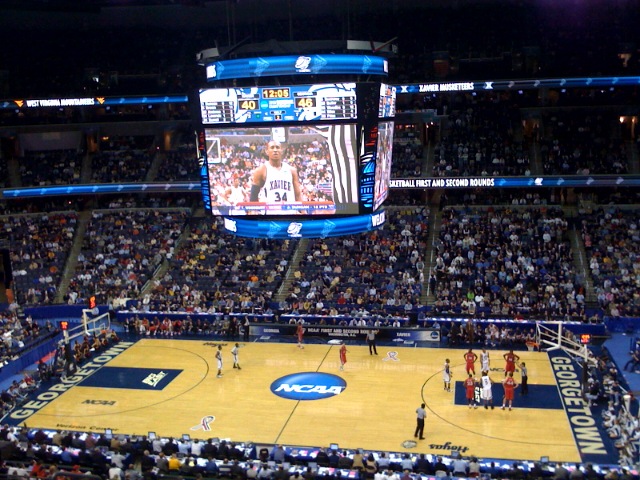 • March Madness got underway yesterday and started off with a bang. Despite my urges to rip into the Sooner basketball team, I'd better stay away from that one. The Sooner basketball team is making strides in the right direction, but their March Madness lasted all of one day before losing to 12-seed North Dakota State. It was the Bison's first ever NCAA tournament victory. I'm leaving this one alone, I promise.

• Speaking of March Madness, go check out Caleb Hixon's recap from day one. Good stuff in there and quite the bold prediction. Look for more pieces from Caleb in the coming weeks as a contributor here.

• The Thunder took on the Cavs last night and did their best to blow a 24-point 4th quarter lead. KD had taken a seat, the 2nd unit players had checked in for the remainder of the game, and it looked like the Thunder were putting the finishing touches on a solid night of work. Then the Cavs went on a 16-0 run. Durant was forced to check back into the game to secure the victory. A win is still a win, but the end of the bench players nearly got run out of the gym by the Cavs. I'm trying to stay positive today, I really am.

• Last night was win number 50 for the Thunder. Despite the recent negativity, 50 wins still means something. OKC takes on Toronto tonight and Westbrook returns to the line-up once again. The Raptors are currently the third seed in the East, so this would be a nice opportunity for the Thunder to flex their muscles.

• Take the plunge and join Yahoo and Quicken Loans' Billion Dollar Bracket? What's that? Your perfect bracket didn't even make it out of day one? Man…I just knew this was going to be the year of the perfect brackets! Hey, there's always next year for the first ever perfect bracket and new billionaire.

• The kind folks over at Welcome To Loud City wrote up a nice little review on the recently released Sports Insider – Thunder Edition app. If you are a Thunder fan with an iPhone and haven't checked it out yet, well what are you waiting for?

• Jake Trotter thinks the Sooners could have a "scary three-headed monster" in the backfield next season with running backs Keith Ford, Alex Ross, and Joe Mixon. It's crazy to think that Oklahoma is graduating three senior running backs who all played major roles in the offense, yet may not skip a beat with the upcoming young guys.